I just wanted to share that I bought my first razor and can of shaving cream today. It was a very confusing and funny experience. I must have been standing there at the shelf in Woolworths for at least 20 minutes debating between Gillette & Shick varieties.

The more important question I have though is what's with all the varieties of disposable razors?? Surely that's not totally cool for the environment. Do men go through one a day - that's 365 bits of plastic a year being thrown out per man. You know what I mean??? Anyway small observation. Chin & moustache whiskers (eww I might add - definitely taking some getting used to!) all sorted ... for now!
Posted by Andy at 4:02 AM 3 comments:

If you're free in February & want a comedic night out ... 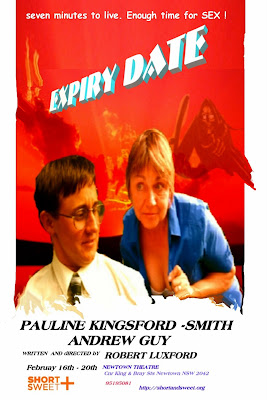 'Power vs Force' The Hidden Determinants of Human Behaviour: An Anatomy of Consciousness
by David R Hawkins, M.D., Ph.D
A book just by reading raises your level of consciousness. Have a read & write to let me know how you feel & your experiences of how you world view alters as you read in. I'd love to hear from you!! A society vibrates at a level around 200...Jesus around 10,000 - where do you feel you are at?
﻿Awaited for twenty years, the publication of Power vs. Force by David R. Hawkins, M.D., Ph.D., reveals to the general public secret information heretofore only shared by the author with certain Nobelists and world leaders. Analyzing the basic nature of human thought and consciousness itself, the author makes available to everyone the key to penetrating the last barrier to the advancement of civilization and science and resolving the most crucial of all human dilemmas: how to instantly determine the truth or falsehood of any statement or supposed fact.

This author's boyhood spiritual experience of the "Infinite Presence" has directed his life’s work as a healing psychiatrist, a healing that transcends his patients' physical world. Dr. Hawkins's basic thesis focuses on the "Ultimate Presence" – the source from which individuals can reach their highest potential. He uses theoretical concepts from particle physics, nonlinear dynamics, and chaos theory to support his study of human behavior.

On the referenced Scale of the Levels of Consciousness, which calibrates the levels of Truth from 1 to 1,000, Power vs. Force calibrates at 850. 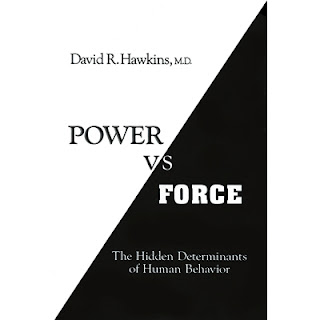 ﻿
“A beautiful gift of writing… (You) spread joy, love, and compassion through what you write. The fruit of these three is peace, as you know…”  Mother Teresa, Templeton/Nobel Peace Prize recipient, anointed Blessed Teresa.

“…particularly timely… a significant contribution to understanding and dealing with the problems we face today.” Lee Iacocca, Former CEO of the Chrysler Corporation

“I especially appreciate the research and presentation on the attractor patterns of business…” Sam Walton, Founder/CEO of Wal-Mart

Around the world, tousled lads are rediscovering the grooming rituals of their fathers and grandfathers, writes David Colman.
In the past couple of years, the tops of men's heads have provided one of those ironies that make fashion so endearingly silly. It started in the late 1990s, when fashionably anti-fashion guys began leaving their hair messy and matted, as if they had just rolled out of bed. A product even appeared, called Bed Head, to help naturally neat hair fall into a perfect rat's nest.
But as au naturel as the look began, it became forced as this decade wore on. The hairstyle - notably atop, among others, Zac Efron, Clay Aiken and Adam Lambert - started to look spiky and artificial.
''Combs have really taken off,'' says Steven King, a distributor for Kent Brushes, the venerable British maker of combs and brushes, who estimated that his US sales have doubled in the past year - and the goods aren't cheap. Combs average about $US6 ($6) to $US25; brushes start at $US50 and run to $US400.
''The shorter hairstyles are very in,'' King says, ''and guys want to look neat.''
Draper, staunch character that he is, sticks to one hairstyle: neat on the sides, longer on top, tapered in back. But the comb is a friend to any number of styles. There is the classic military ''high and tight'', a crew cut on top, buzzed on the sides; the Elvis, a 1950s rockabilly style with a pompadour-style top and short sides; the Steve McQueen, short all over but longer than a crew cut; and the greaser, lubed up and combed straight back. And longer hair can be styled in different ways: straight back, side-parted and off to the side.
While the grandfatherly bureau-top brushes and combs have come back, old-fashioned hair lotions have not. Brilliantines and pomades are either too oily, too heavy or too hard to wash out with shampoo. (And how many beauty products can be said to have influenced interior design? The antimacassars on old sofas were ''anti'' because of a Victorian-era hair dressing known as macassar oil.) And as for that '50s favourite, Brylcreem, a little dab'll do ya in.
Even at retro barber shops, modern grooming products are the rule. Davines Wonder Wax, Aveda Liquid Pomade, Bumble and bumble Sumotech, Malin+Goetz Sage Styling Cream and Kiehl's Malleable Molding Paste are just some of the products used for getting the look right without it being stiff and brittle or heavy and greasy.
But since so many products are tailored to personal preferences and different kinds of hair, it is up to each man to find his dream goop. How? Ask your pharmacist.
''It's amazing how much the guys who come in here know about product now,'' says the president of the C. O. Bigelow pharmacy in New York, Ian Ginsberg. ''We used to educate them. Now they educate us.''
New York Times
Posted by Andy at 2:30 PM No comments:

Letter From A Reader

I get quite a few of these types of emails and facebook messages at the moment and have been given permission to share this one. I share this one, not for the kind accolades offered, which may appear to be the reason at first glance, instead I share it for it's deep & insightful questioning of who are we beyond our "shell'. This is an amazing and can be a very uncomfortable space to exist in while personally evolving. I see this blog as a space for also reading about the larger picture of 'sense of self' & 'identity' far beyond gender and this one touched me very deeply. Sending all love to this divine soul.
Hey Anna!...or do you prefer Andi now? Happy to go either way!

I just wanted to let you know I am finding your blog so fascinating and inspirational. You honestly bring tears to my eyes and I cannot believe the strength that you have.

Although our journeys are extremely different, I too am challenged by my sense of self this year. I found out after Xmas last year that I was adopted...yes 38 years after the fact. It felt like everyone/ everything that I knew to be true was no longer and my life will never be the same. I googled and found my birth mum on Facebook only 5 weeks later and we are communicating nicely via email although I am still a massive secret in her life - not sure when I will be acknowledged publicly and to my "sisters" but happy to just get to know here a little for now. She doesn't know who my father is.

As you can imagine, it has been quite the year of ups and downs and just feeling so alone in this world as if no-one understands....so I can only imagine the thoughts going through your head with your identity crisis! Although I know I am still the same me deep down I felt like an empty shell . I am very blessed to have my husband and children but it is a strange feeling not knowing who you are so listening to your journey as you go, is actually really quite interesting to me and my journey.

Lots of love and continued good karma to you!
Posted by Andy at 1:05 PM No comments: 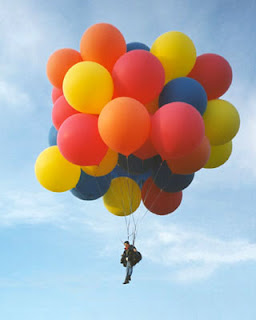 MOVE over Eddie, meet the other boy from Broady.
Australia's latest red hot model export is slender and blond with a striking delicate beauty - and he is a bloke.
Andrej Pejic, 19, from Broadmeadows has taken the international modelling scene by storm in the past six months, with his gender- bender appearance. He is at the forefront of a new trend - the super feminine look for guys - or as it is being called, the femiman trend.

"At the start photographers really tried to work against my look, they tried to make me look more masculine," Pejic said. "Now, though, they do play around with it a lot more and embrace and try to accentuate the feminine and I am completely comfortable with that." Pejic admitted he was often mistaken for a girl.

"Well that happens all the time - it kind of always has, it is kind of everyday life really," he said. Since hitting the catwalks in Paris in June for top designers including Jean Paul Gaultier and John Galliano, Pejic has appeared in French, Japanese, Turkish and Italian Vogue and has just shot his first global advertising campaign.

He jets out of Melbourne today bound for New York, where he has landed another lucrative advertising campaign - believed to be for one of Europe's top fashion houses. "It has been a whirlwind, but a glamorous whirlwind," Pejic said. Fashion's freshest star was born in Bosnia "two months before the war started".
When he was nine he moved to Australia with his older brother, mother and grand- mother, with the family setting up home in Broady.

Chadwick Models director Matthew Anderson said Pejic was unique. "Andrej has created this look. He is not a part of the movement, he is the leader of the movement," he said. 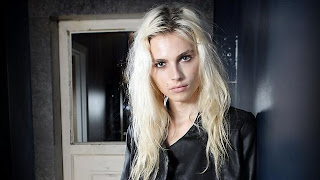