I guess the world ended up not being flat ... check this out!

A CANADIAN couple has decided to raise its four-month-old baby to be "genderless" to protect its right to choose its own sex.
While there is no biological ambiguity about Storm Witterick's genitalia, parents Kathy Witterick, 38, and David Stocker, 39, refuse to say whether the child is male or female, The Toronto Star reports.
The couple believes in giving the youngster the right to choose his or her own gender, free from the pressures of social norms. The only people who know the child's sex are older brothers, Jazz, five, and Kio, two, a close family friend, and the two midwives who helped deliver Storm at the family's Toronto home on New Year's Day.
"When the baby comes out, even the people who love you the most and know you intimately, the first question they ask is, 'is it a boy or a girl?'" Ms Witterick told a Canadian parenting website.
The couple told friends their refusal to answer such questions was "a tribute to freedom in place of limitation."
"If you really want to get to know someone, you don't ask what's between their legs," Mr Stocker said.
Actress Angelina Jolie has been an outspoken critic of social norms for children after her daughter Shiloh, 4, raised eyebrows for dressing like a boy.

She said her daughter Shiloh's decision to chop off her locks and dress like a boy was "beautiful" and that she had no problem with the way she expressed herself.

"It's not my choice," Jolie told Stylist magazine. "I have a very strong willed four-year-old girl who tells me what she wants to wear and I let her be who she is.

"I think children should wear what they want and express themselves, so we give them different options of things."
And androgynous Melbourne male model Andrej Pejic has said he would consider having a sex change to get a Victoria's Secret modelling contract. The 19-year-old is a favourite of French designer Jean Paul Gaultier. Pejic said he was comfortable showcasing female clothes and considered it part of the job.
Posted by Andy at 12:53 AM 2 comments:

Hey Andy I tried to talk to you on 2dayfm this morning but you had left the building while I was on hold.... I was waiting to ask you how your mental health was through out your life as you realised what you wanted so young... it must have been immensely frustrating? Did your frustration with what nature had made you effect your behaviour? I know how frustrated I get when I have cut my hair really short and then i have to wait for it to grow again and it drives me crazy for a long time... i know it really isn't anywhere near the caliber of the frustration you must have gone through but i was thinking if something as simple really as my hairstyle (or lack thereof) can have a profound effect on the way I feel about myself... I wondered if you were aware of the effects of constant frustration in your life... it must have been a nightmare ... and still is i imagine with so much to contemplate and address in realising becoming who you always have been. It takes a great deal of strength and fortitude of character to be open and honest on this journey and allowing others to share your experiences... I am sorry so many people in your life are struggling with your decision... especially your Dad, but when Push comes to shove I reccommend everyone should do the right thing for themselves especially when it is important regardless of anyone else. I admire your courage... well done!

Thankyou for being you ... my children were all sitting waiting for me to speak to you and asking questions this morning while you were on the radio... it is great for the children to learn how hard a road it can be to travel and that you are just trying to be who you really are... it invites open mindedness and I love being able to talk to my children about no matter what they do with their lives I will love them regardless and accept their choices... people like you bring it up for discussion where the forum is open and not under scrutiny but about curiosity and acceptance ... you are a refreshing vision when it comes to a subject that has been shunned and shouldn't be ..... I wish you all the best and that your future allows you everything you have ever dreamed!
Posted by Andy at 5:46 PM 6 comments:

Hi Andrew,
Quick note to say I went out to buy my first ever Madison magazine to read your article...
You should be proud about the article as I'm sure it will inspire many people to follow their "knowing" as opposed to their "doing what society expects"...
Posted by Andy at 5:41 AM No comments:

This support is overwhelming

Hiya,
Just finished reading your truth! You're a sexy man!!!
I loved it and can't wait to meet you again for the first time(so to speak)!
Congratulations on your courage and strength you truly are an inspiration you deserve all the love, happiness and support. You deserve to have it all!
Lots of love
Posted by Andy at 12:50 AM No comments:

I'd like to extend a warm welcome to Madison Readers 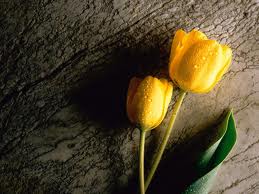 A Day of Contrast

Today was quite the interesting one! I caught up with my accountant...to catch up on my tax. I'd completely forgotten like I do a lot days, that I'm in the process of transitioning. So I greeted Mr Tax Man with a handshake..."Anna it's nice to see you"...internal voice (oh yeh whoops best get him up to speed)...
It was so beautiful, not even a blink of an eye. The response "Right well I can imagine there is a lot we can do with that, so call anytime especially if you're up at 2am thinking about any tax questions you may have about it. Put us on speed dial and I'll go to the tax office anytime and see if we can make some headway and break through some boundaries of what is claimable with this"... internal voice (wow, wish he was my father's accountant, I’m seeing how this guy could seriously make some headway with him as a lead by example!)
And so the appointment went on...this deduction and that deduction and all things going well, my return for 0910 should be in my hot little hand by May 30th.
Then I receive this beautiful loving text message from a friend, to summise "dude just wanted to check in with you, read that SMH article today and thought you of, not really a pretty picture. hope you're doing well"...
SMH 5th May 2011
THE Human Rights Commissioner, Catherine Branson, has called on the federal government to introduce federal laws to protect people from discrimination on the grounds of their sexual orientation or gender identity.
''The commission's consultation revealed numerous and distressing stories of how people's lives had been impacted and damaged by discrimination, violence or bullying on the basis of their sexual orientation and gender identity,'' she said.
Current federal anti-discrimination laws do not afford protection to gays, lesbians, bisexual, transsexual or intersex (those of indeterminate sex) people, although the Fair Work Act prohibits discrimination in work matters against gays and lesbians.
State legislation is inconsistent and incomplete and it is unclear whether its reach covers those working in federal bodies.
Ms Branson said federal legislation, apart from providing uniform and comprehensive protection, would be an important symbolic statement which would help bring about attitudinal change.
She said despite many people today being more comfortable around gays and lesbians, the commission heard distressing stories of discrimination and violence, including of ''very troubling'' bullying in the school yard.
Ms Branson said the most distressing and egregious examples of violence came from people who were intersex or who were transitioning from male to female or the other way round.
A 2010 survey found that 92 per cent of trans women and 55 per cent of trans men reported they had been the subject of verbal abuse, and 46 per cent and 36 per cent respectively had been punched kicked or beaten; almost 40 per cent of trans women reported having been attacked with knives, bottles or rocks.
The report, Addressing Sexual Orientation and Sex and/or Gender Identity Discrimination, also heard examples of discrimination in nursing homes, in the healthcare system, in sporting clubs, and in the use of toilets and change rooms.
And yes, I’m not gonna lie, reading the statistics of those courageous enough living their truth in life getting so violently attacked (even beyond transgender), pisses me off royally and makes me want to have a good old chin wag with the perpetrators of these violent acts and knock some 'non-violent' greater sense and awareness into them of what this actually is, so they can get on and find some inspiration within their own lives and stop messing with others.
I’m the first to be wary of statistics (corporate world background, I know how often they get made up to prove a point) and media hype (never totally the truth in my experience). None the less for this article to be put out, I can’t help but think there must be some truth to it. It just feels like a completely different world reading that article, to what I am experiencing, which is at worst disinterest.
It feels important to record this as part of this blog. There are some personal media articles coming out shortly from interviews I’ve done, so I hope this is going to support the notion that there is a big part of society that is loving, accepting and at worst just plain not interested.
Yours in a state of some confusion and anger and gratitude over the amount of love and acceptance that each of us does and doesn’t receive!
Posted by Andy at 10:53 AM No comments: