Amazing how it evolves ... hoping it's possible to talk about oneself void of narcassism, one's ideal environment anyways!

Proposal Segment In Development (amongst other 'tings) this wk post the 'Sydney Stories' theatre piece ... (good times!)
"The angle for my approach to develop this type of project would be to document the actor’s journey on film for broadcast and cinema release.
Andy Guy became known to me after we met at ’s Town Hall to attend a Sustainable Sydney event last September.  I sat next to Andy at the front of the Hall and we started chatting almost immediately – about my coffee and how great it smelt I think.  Because it was a sustainable event I may have felt a pang of guilt drinking what was probably non-PC coffee in a polystyrene cup and Andy possibly wisecracked in that delightful way of his that makes everything okay.
At some point our conversation turned to acting and then to film.  I am developing a documentary project about four Australian artists who are living and working in Sydney Australia.  The angle for this project is to document life through the eyes of the 21st century artist. I’d booked attendance at this particular Sustainable Sydney event because Cate Blanchett and Andrew Upton were key speakers and I was very looking forward to hearing what this dynamic couple were going to say about their plans to ‘green’ the Walsh Bay precinct on Sydney’s Harbour.
I can’t remember when Andy mentioned that he had been a girl for most of his life and was now transitioning to become a man.  I do remember replying that I’d thought ‘guy’ when I’d sat next to him.
It’s now over a year since we met and I’m now considering writing Andy into a project that will involve investigating through the form of documentary the journey of ‘the actor’." This is because I recently attended the second night of Dean Carey’s cycle of dramatic performances staged at Darlinghurst Theatre in Potts Point, .  The cycle uses real life stories that are interpreted by actors from The Actors Centre in Surry Hills, .  Andy’s real life experiences were used as the starting point for a script written to be performed for the cycle.
I was impressed by many things about this idea.  As a writer I think Dean’s technique of using real lives and interviews as the basis of writing a script is refreshing, risky and revolutionary.
Consequently I think the content was terrific.
As someone who is currently engaged with the documentary form the element of social worth of Mr. Carey’s cycle of performances is obvious.  Because the content is fact-based the dialogue is engaging, cathartic and truthful. The characters were familiar to the audience.  The cycle is part social commentary and part historical document and is also a representation of 21st century Sydney and the people who live here.
It has a simple message: we need to think of ourselves as one family or we’re not going to make it.
Posted by Andy at 3:53 AM No comments:

“Blind we are, if creation of this clone army we could not see” - Yoda
Posted by Andy at 4:53 PM No comments:

Right now in this moment ... I've never felt such inclusion and love from every family / community to which I belong to in my life, and it's taken doing the one thing I thought would for sure exclude me, for that to make it self be ... interestingo! ... this is all!
Posted by Andy at 11:34 PM 1 comment:

Michael Garcia, an Australian actor approached me to incorporate this transition story into the Actors Centre Australia's Sydney Stories - Real People, Real Stories, Reality Theatre. Directed by Dean Carey, come and share in the magic of this event at the Darlinghurst Theatre, Sydney from 23rd - 27th November. Click here to purchase tickets.

I chose Andrew because of his amazing gender transformation from female to male. A story I knew needed to be heard. Courage, strength, boldness, humor, he has definately taken me on a wild ride, and will definately captivate any audience.
Andrew 31 years old, born in Sydney is currently undertaking the process of shifting his body to male form. Born biologically female, Andrew knew from a very early age that his exterior didn't match who he was intrinsically.
"It’s one of those things, where, now that I’ve started I don’t think I could just stop it here, it just feels too, um, like I just kind of, I sort of exist at the moment in between two definite genders within the world … it’s a wierd existence where you don’t kinda fit. I feel very reliant and transient and I would like to get to the destination" 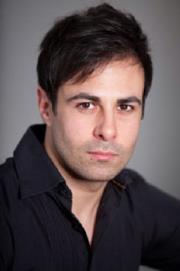 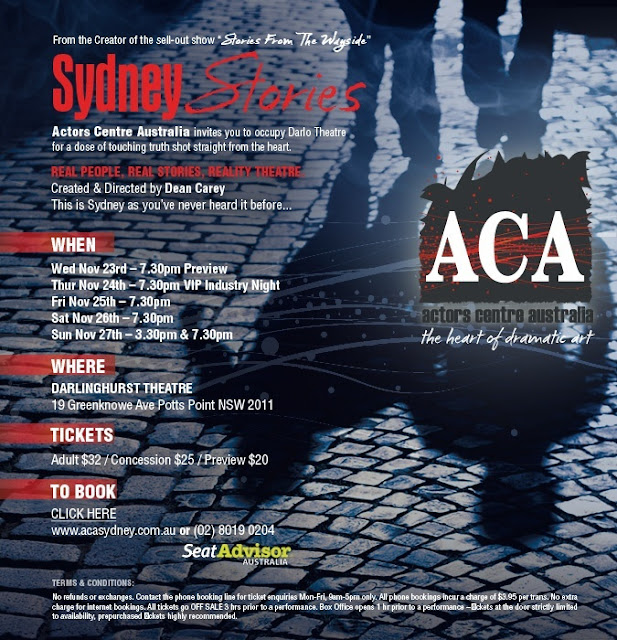