One of the reasons I always chose to fly Qantas

Over the past year I've connected with quite a few trangenderers ;-). A personal discovery has been that even though there is a commonality with people who transform in this way, it is clear to me each individual is going through a very unique and personal process that can never be grouped together as the same thing. It is a right of passage with huge choice variation in what happens to the body/mind/soul. I asked a friend of mine if she'd be willing to share her story for my blog. With huge openness and courage to share a pre-transition photo as well as a current one, and with Qantas' approval, I'm delighted to share the following with you, I hope you enjoy the read! 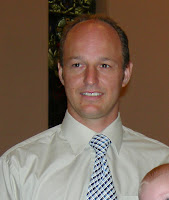 I'm sitting in a hotel room in Bangkok with my mother 10 days after my sexual reassignment, breast augmentation, and follow-up rhinoplasty surgery. A surgery which lasted 11 hours, which takes my total surgery in the past 18 months to 34 hours. 11 hour hair transplant in August 2010, 12 hour female feminization surgery in December 2010, which included brow bone grind, forehead reduction, brow lift, upper and lower eyelid lift, reduction rhinoplasty, upper lip lift, chin bone and jaw bone reductions, and trachea shave.
I first knew something was wrong about me when I was 4 years old and since then i have felt total detachment from my body. I was born with a female brain and a male body, known as being transgendered. Over the years I learned (which most transgenders do) to fit into society and play the role of their physical body. I played representative rugby, drank more than any of my mates, I got married and had two beautiful kids. Generally I did all the things society expected of me as a male. All of this, no doubt, was a subliminal reaction to the fact that I didn't want anyone to know that I had to dress in females clothes to feel some sort of normality. From the age of around 7 until I began transition at 36 I needed to dress up as a female to make my brain feel comfortable with my body. You see, for me dressing male was cross dressing and being male was as far away from being the real me as could be possible.
May 2009 I was sitting on the couch at home and I contemplated suicide. I didn't want anyone to know my secret and I couldn't live with the pain and internal anguish any longer. It had simply become too much. I figured that if I killed myself people would just remember me for the man I was and I wouldn't have to deal with making a fool of myself if I transitioned to female. I then thought about my kids and how they would be without a parent. The selfishness of suicide became obvious and I decided to become female instead as I wanted to be around for my kids. I resigned myself to the fact that I would loose all my family, my friends, and possibly my job, but that was ok. I would still be here for my kids and that was all that mattered. I asked my wife if she thought I was transgendered to which she replied probably and to see the doctor.


This started the ball rolling into anti-depressants, hormones, psychologist, psychiatrists, endocrinologists and all sorts of poking and prodding. Telling my family was very difficult but after initial shock, they all accepted that this is something that I had to do. Once people know you were contemplating suicide, they begin to understand how significant an issue it has become. I knew informing my friends was going to be difficult as they were the ones that thought I was a blokey bloke. They all said they would support me through this ordeal, but as time wore on they found the concept too hard to deal with and they systematically dropped off and I found myself with very little to no support.
Being a pilot in Qantas for 10 years and in one of the most male dominated jobs you can find, I was very stressed about how to let work know. Initial contact was to my Base Captain (who had been wonderful throughout) and then the informing of the rest of flight operations management. To my surprise everyone was most supportive and were just amazed at my courage that they didn't really care about exactly what I had intended to do. That was, to become the first and only transgendered pilot in Qantas' 90 year history. There have been other transgenders in other departments in Qantas but never in flight crew. The flight operations management decide to use this to their advantage and gain information from these departments about what worked, and what didn't, to best implement me back into my role as a First Officer. Management informed my work colleagues of my impending transition via memo, which was well received, and they also researched about transgenderism and spoke to various specialists. Quite unbelievable that a company would go to such lengths to keep a transgendered individual employed within their ranks. I really believe that Qantas has set the bench mark when implementing trans people back into the workforce and I'm saddened that most other trans people don't receive the same respect that I received from my employer.


I returned to work after my facial surgery and was well accepted. After initial shock at how good I looked, it was business as usual. The facial surgery was really quite dramatic and gave me a younger female look, and along with loosing 20 kgs and and hormone therapy , it made me look a genetic female. This made my transition easier as instead of being 'the' transgendered pilot I just became one of Qantas' female pilots. This allowed me to slip into my new life as a woman quiet easily.
So after a year of transition which consisted of a month in hospital with severe depression, hours of painful and expensive electrolysis and laser hair removal, losing a lot of old friends, gaining some fantastic new friends, losing an identity and trying to find a new one, hours of psychiatric evaluation, and more tears I care to remember - I find myself in this hotel room, a post-operative transgender female with my whole new life ahead of me.
Life truly is great. xx 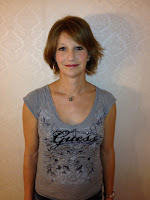