I had this conversation recently and figured it was a good point to share as it's not something I give a milli-second's thought to each day (like most of us individually don't wake up thinking about whether we are male or female) but I can see now that for others it is a big topic of thought and conversation when mentioning me.

I've always struggled with the context of being "transgendered" or a "transexual" because it's box and it's my belief you can't process authentically and healthily in a context box but I know in society people need their box or label to feel safe and comfortable so for that reason I respect it. All I feel I've been doing is shifting along a gender spectrum that isn't as black and white as we're conditioned to believe.

If I have a conversation with anyone now, I don't say I'm trans, I'm a straight male and that's kinda it. I've always questioned why T comes under the GLBTI banner because it's about gender and not sexual orientation. Males who transition can be gay or straight, but then again I see it's about community and belonging and people who transition do need that as the alpha straight white stereotype does on some level get off on ripping this context box to shreds ... a power hungry and fear based bunch possibly?!

Now that my transition is almost complete I don't consider myself to be "trans", I'm just a person who's transitioned their sex in the past. I appreciate this can and will anger people as I'm not adhering to a label which others like to view me in, or possibly can't help but view me in, but with all I've been through I really don't care (I just don't favour being controlled and boxed in this way). Each individuals view of their own gender is a fluid thing and should only rest with the individuals idea of themselves I believe ... in a perfect world.

So as I walk around now, I have no control over who's seeing me as trans or knowing me as that person who used to be Anna, but for me, I'm Andrew, I'm an actor / film maker ... and I used to be Anna (if that comes up organically) as my penis passes as a biological one. At this point I don't really plan to be talking about this in 5 years time (unless its related to my art or work) like most of us don't talk about what we did 5 years ago, it's generally tends to be about present matters don't you find?!.

my point of living in 2013 and beyond

Having lived both sides of the coin now, what I know is this; we're all here to love, be loved, smile, cry and just breathe. All that really matters is that a soul is here to live as an expression of itself irrespective of what body cloak it wears. it doesn't care, it's just grateful to be here even if i forget that sometimes 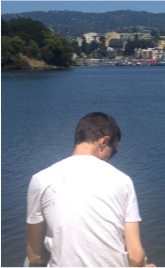 Its Not About The Sex film synopsis on IMDb

It's with great delight to share that we now have the film synopsis
for your viewing pleasure up on IMDb.

Looking foward to debuting this film with you all in 2014.

A New Letter for the Health Minister

To whom it may concern:

Sex reassignment surgery is considered medically necessary as outlined in this excerpt from the standards of care of the World Professional Association of Transgender Health.

Sex Reassignment is Effective and Medically Indicated in severe gender identity disorder (GID). In persons diagnosed with transsexualism or profound GID, sex reassignment surgery, along with hormone therapy and real-life experience, is a treatment that has proven to be effective. Such a therapeutic regimen, when prescribed or recommended by qualified practitioners, is medically indicated and medically necessary. Sex reassignment is not “experimental”, “investigational, “elective”, “cosmetic”, or optional in any meaningful sense. It constitutes very effective and appropriate treatment for transsexualism or profound GID.

Currently, there is a lack of access to medically necessary sex reassignment surgery in Australia as no surgeon trained in this subspecialty is available. There are a few hundred trans patients in Australia who are in need of sex reassignment surgery to relieve the stress of living with gender dysphoria.  With no government or medical insurance support a trans individual is faced with a sum of approximately $50,000 – 150,000 US dollars as well as associated travel costs to establish a sense of everyday mental well being.

American patients now have considerable support growing from insurance companies, as do the UK citizens. The New Zealand Government has recently begun subsidizing and funding their citizens to come to the US for medically necessary surgeries, however, the Australian patients still have no means other than to pay the fees in full and associated travel costs personally. This is significantly limiting the ability for Australian transgender patients to reach the necessary medical care they require from the small amount of specialized surgeons who can support them.

In order to help such patients, I have completed residencies in both urology and plastic surgery and fellowships in reconstructive urology and transgender surgery.  I have a private practice in San Francisco called Brownstein and Crane Surgical Services and we currently offer the world's highest standard in phalloplasty and vaginoplasty, genital reconstruction needed for trans men and women.

It is my professional opinion that this be reviewed in the Australian Medical System with hopes of establishing a system so that patients can be supported financially to receive care from myself and other medical colleagues. 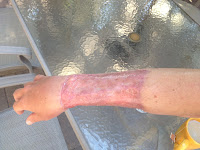 ooh yeh! who said u were ever going to notice, i can type again now too!! :-D
apologies if i scared you! xx 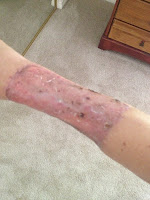